Wow, is time whizzing past, or is it just me? It's already the Nine Ladies Dancing Day of:

We have something a little different here on TDoCRaFBE today! The lovely Hayley Cafarella isn't a romance author. She's a blogger, who blogs intelligently, humorously and bravely about her life with a chronic pain condition called CRPS. She's also recently discovered a love of cooking and food -- particularly in ways it can be healing and nurturing for your health.

When I asked Hayley to take part, I wasn't sure what angle she might take, but I didn't expect her to become a romance author. I should have known to expect the unexpected -- because that's exactly what she's done! A romance with a twist -- a romance with a pudding. Yep, you heard it right. Take it away, Hayley... 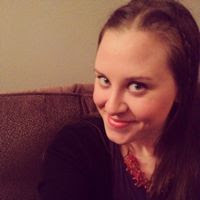 This is the story of a very special Christmas Pudding. He is a pudding that captivates all who cross his path, teasing noses with his enticing scent and tantalising the tastebuds on every tongue he’s ever met. When he arrives, dripping with brandy custard and holiday happiness, hearts flutter and stomachs cry out in craving. Dark and mysterious, he’ll draw you in. Delightful and warm, he’ll fill you up. He is a pudding that has never once left a stomach, or a soul, unsatisfied.

His sugars and spices are shrouded in secret, the mystery as alluring as his flavour. Only one person holds the key to his locked heart of goodness. One very special person, for let us not forget, he is a very special Christmas pudding. She is my grandma, of course, grandmothers are the most magical of people.

I’ve known this special pudding for all of my life. Year after year, we’ve shared a sweet, Summer romance. I’ve dreamt about him in Aprils and Mays, longed for him in Julys and Augusts, spent Novembers bubbling in anticipation and Januarys grieving his absence. In spite of my yearning, he only ever visits on that one day in December and is gone in a flash, occasionally lingering until Boxing Day, but rarely beyond that.

We all must grow up eventually and when we do, torches are passed, preparing us for the day when we must carry traditions towards future generations ourselves. This is the year that the secrets of the very special Christmas pudding have been whispered lovingly in my ear.

I knelt as the sword was placed gently on each of my shoulders, and as I stood, I felt the heavy pressure of expectation from the bellies of my extended family.

Could I really summon such a special pudding all by myself? Could I satisfy the people who love him so dearly, who longingly await his arrival every year? Could it be possible to get that magic into the recipe when I don’t even have children, let alone grandchildren?!

Armed with Grandma’s pudding bowl and handwritten recipe, I prepared to practise as many times as it might take to reach pudding perfection. I called on my very limited experience in dessert making, some helpful friends, and my Googling prowess to muster up the skill set that I needed. I visualised him, that delectable pudding prince and I vowed to cook with all of the passion that he stirs up, deep down inside me.

It takes a lot of special pieces to put together such a very special Christmas pudding. With a long list, including ingredients that I’d never before encountered, I hunted through the supermarket until I’d gathered all of the things I would need.

I bought my first bottle of Brandy that day, choosing her carefully from amongst her sisters on the shelf. Later on, I poured her over a bowl full of dried fruits, mixing them gently and leaving the sugary lovers to spend the night soaking in their combined state.

When I returned the following day to finish the job, my knees jangled with nerves. I agonised over every detail in the recipe, fitting the pieces into place in my mind and making sure I knew what I was doing.

No, there isn’t cream in the pudding, that’s the method it’s telling you to use on the sugar and butter...but, yay! Now there’s cream to serve it with.

I measured and grated, microplaned and mixed. I made bread crumbs from fresh bread and whipped up a sweet bowl of batter. I added juices and spice and everything nice. One by one, I worked through all the secrets of the very special Christmas pudding. He smelled so tempting as I introduced the soaked fruits and completed the mixing part of pudding creation.

With the mixture sitting pretty in the heirloom pudding bowl, the time had come for the trickiest part. I needed to tie a foil top onto the bowl. No gaps would be tolerated, no tears or lazy knots. Grandma had warned me that this would be difficult and grandmothers never lie. Getting this right took two people and about an hour.

For five and a half hours, he steamed in a stockpot on the stove. It’s such a secretive method of cooking, with no windows into how he was doing in there. I’d never cooked any pudding before, let alone one this special, and it was all I could do to contain myself as I tried to be patient.

Finally, it was time to pull him from the pot. This also took two people, but only a couple of minutes. Quite surprisingly, neither of the people were burnt in the process.

The minutes slowed down as my first attempt at cooking the very special Christmas pudding sat cooling on the bench. I was so nervous and excited that I bounced around as I waited.

Now I know why you have pudding at Christmas! Because it’s a surprise! Look, it’s all wrapped up and I have NO IDEA if what’s inside is any good. The pudding is a Christmas food AND a Christmas present!!
With my eyes watering and my jaw clenched, I steeled myself towards the moment of truth. I took scissors to that painstakingly placed string. I tore back the foil to find out whether or not I remained worthy of my place in my family.

And there he was. It was really him.

The very special Christmas pudding sat right there on my bench, beaming brightly with his powers of attraction. I wanted him immediately and in his entirety. I wanted to shove delicious chunks of him into my mouth until I could swallow no more.

The first bite was heaven in a mouthful. The perfection of such a very special Christmas pudding, combined with sweet relief and overwhelming nostalgia, created that certain feeling that Christmas is all about.

The very best thing about a practice pudding working out perfectly is being absolutely allowed to eat as much of it as you like! There are no family members to battle for it and no extra Christmas dinner guests trying to get their slice. He’s all mine, this very special Christmas pudding.

All mine at last.

My next venture into pudding cooking won’t be a rehearsal. Come Christmas day, I still have to convince the rest of the family that I’m up to the task of annually preparing such a very special Christmas pudding.

Will they still love him as much as I do? Only time will tell...

Oh goodness, is it just me, or does everyone want a slice of pudding now? Don't forget to visit Hayley's blog to learn more about CRPS and all sorts of health-related topics. 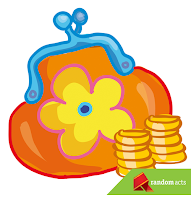 And  here's my usual reminder about Random Acts. As part of TDoCFaRBE I'm encouraging you all to undertake a Random Act of Kindness throughout the festive season.

The latest hint from Random Acts is about all the pesky change that collects in purses and wallets at this time of year. Why not start a collection and dump it all into a jar or bag? Then, when it gets to a suitable size, drop it off at your favourite charity!