I'm so thrilled to welcome you to Day Three of:


The 12 Days of Christmas
Food and Romance
Blogging Extravaganza!

It's my absolute pleasure to welcome my guest today, Joan Kilby. Joan is renowned for her heart-warming romances and she's one of my fellow fantabulous SuperRomance authors.

What some people might not know is that Joan is an adopted Australian -- she grew up in Canada. She's here today to tell us about some of the differences she's noticed between Canadian and Australian Christmases AND she's giving away an absolutely fabulous recipe for panforte! Thanks Joan! 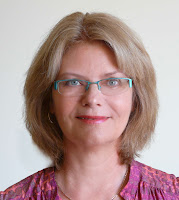 When I was growing up in Canada, Christmas dinner meant a 25 lb roast turkey, stuffing--or dressing as we called it--mashed potatoes, cooked vegetables, home-made bread rolls, and from the German Mennonite side of the family, bubbat, a raisin-laced, doughy, cakey stuffing that, along with everything else, was drenched in lashings of gravy made from pan drippings. This was followed by homemade pies--pumpkin, apple and plum. Also, Christmas cake, shortbread, mince tarts, Nanaimo bar and butter tarts. Whew!

We Canucks need heavy food at Christmas to create a layer of blubber as protection against the long cold winter in case we get caught in a blizzard and have to live off our fat reserves for a week or two. In Vancouver (where I’m from) you would be more likely to drown from forty days and forty nights of rain but the blubber would still come in handy as a built-in flotation device if you were swept away by the deluge.

Fast forward to present day Australia. I’ve lived here for upwards of twenty years but I will never get used to having Christmas in summer. Every year I think wistfully, This year I’ll make a hot turkey dinner. Then I look at the weather forecast. I’d have to be crazy to swelter in the kitchen all day when it’s 35 C outside! Yes, sometimes it rains on Christmas day in Melbourne but it still doesn’t feel like Canada. Probably what I’m really pining for is my lost childhood but that ain’t coming back. So I have another dip in the pool before I put on the barbecue. After all, it’s Christmas.

I serve cold roast chicken, sliced baked ham and half a dozen different salads. I love the Aussie tradition of seafood at Christmas so barbecued prawns with chilli, ginger and garlic are a favourite starter. Dessert is a fruit platter and my own homemade panforte, the spicy Italian fruit and nut cake. All in all, it’s a lot lighter and healthier than turkey with five starches.

Here is my recipe for panforte which I’ve adapted from several recipes. Classic recipes use fruit peel and glace fruits but I prefer dried fruits. It makes a great Christmas gift, or an energy boost when you’re starving but you’ve still got pages to write before you can call it a day. It’s a lot of work but it’s so worth it.

Joan's latest book is "To Be A Family" and it's out right now in Australia.

Method:
- preheat oven to 160 C
- line a 20 x 22 x 4 cm pan with baking paper or edible rice paper sheets
- toast nuts, timing them so they’re ready when everything else is ready to be mixed together.
- in a large bowl, mix the nuts, dried fruit, flour, cocoa, spices and chocolate. I mix the flour, cocoa and spices separately first to make sure they’re evenly mixed.
- bring the water, honey and sugar to boil and pour over mix in bowl. This will be thick and dryish. Don't be tempted to add extra liquid.
- Mix well.
- press into the tin, using a sheet of baking paper or oiled fingers to pat it out. Careful, it's hot! Or press down with half a cut lemon which gives a nice zing to the finished cake.
- Bake for 35 minutes until the top is covered in fine blisters.
- when cool slice thinly to serve

Don't forget, as part of TDoCFaRBE I'm encouraging you all to undertake a Random Act of Kindness throughout the festive season. During December, Random Acts is very helpfully making suggestions for all kinds of acts of kindness you can perform. Or you can simply send them a donation and wear a smile all day.